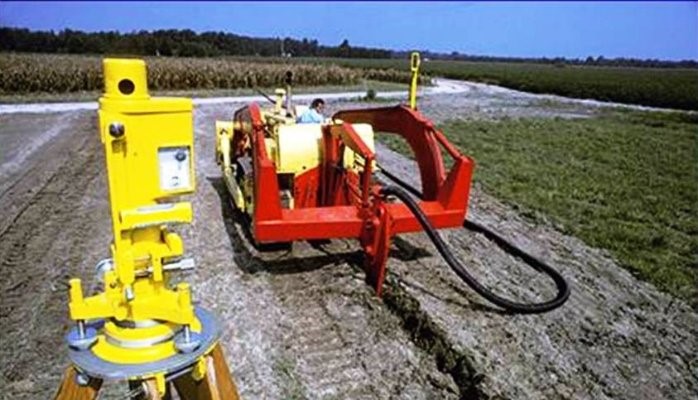 The year 2015 was the 50th Anniversary of the beginning for the corrugated-wall HDPE plastic drainage pipe manufacturing industry in the United States.  I am proud that I and a co-worker colleague, Dr. Norman R. Fausey (*), working for the USDA, Agricultural Research Service, Soil and Water Conservation Research Division, at The Ohio State University, conducted the pioneering research with promising results that helped this industry get its start in 1965.  We were fortunate to have two experienced engineers as advisers, Dr. Glenn O. Schwab (**), and Mr. Ronald C. Reeve (*#), who mentored and encouraged us throughout our research project undertakings.  In December 1965 I presented a technical paper on promising early research results on the corrugated plastic drain tubing at the first National Drainage Conference held in Chicago sponsored by the American Society of Agricultural Engineers (ASAE).  That 1965 paper, published in the ASAE Drainage Conference proceedings, has often been referenced by drainage industry officials as the foundation paper that attracted the Drainage Tile Industry’s attention to begin a new revolutionary era for manufacturing corrugated-wall plastic subsurface drainage pipe materials and promoting plow-in methods of installation. This new plastic drain and the plow-in method for installing it also led our research team to working with an industry cooperator (##) in developing an experimental Laser-Beam automatic depth and grade-control system for drainage plows and tile trenching machines, and soon afterward  a commercial version of the laser control technology was adopted for earthmoving and land grading equipment.

Early in 2015 I began writing detailed “stories” about the ARS-USDA research project I was assigned in January 1960 to conduct and serve as lead engineer to develop new subsurface drainage materials and methods of installation.  My early research involved improvements in the plastic-lined mole drainage channel concept, but long-term structural stability of the plastic mole liner was found to be poor. When corrugated-wall plastic tubing, originally developed in Germany, became available in the U.S. early in 1965, it was adopted for research and evaluation in the USDA-ARS drainage materials phase of the project.  Since many of the activities and special events described in the “stories” had not been reported or published earlier, and I only told a select few people about them over the years, the research “stories” were written in the theme of “The Story behind the Story about….” the activities and events in three main subprojects that made up the main overall research project. The three subprojects were written in separate stories, as follows:

Several refereed publications on research results and accomplishments in various phases of the subprojects were appended to the stories.  Additionally, a USDA Technical Bulletin published on corrugation design for the plastic drainage tubing was appended to story (1), and my unpublished Ph.D. dissertation on the laser-beam grade-control research at The Ohio State University was appended to story (2).  Following the vetting and editing of the “stories” by colleagues (*, ##) who worked directly with me on the project, the final “research stories” were provided as historical reference documents on the pioneering drainage research developments for the drainage research history section of the International Drainage Hall of Fame housed in the Department of Food, Agricultural and Biological Engineering at The Ohio State University, 590 Woody Hayes Drive, Columbus, OH 43210.  In the future these “stories” (in PDF format) will be available for download from a free web site at The Ohio State University.

These “research stories” are available from the International Drainage Hall of Fame for future researchers, graduate students, and industry officials involved in drainage research and development. In addition to a printed copy, all the documents were saved in PDF format to facilitate sharing via CDs, Flash Drives, E-mail attachments, and via downloading from a future website to be established at The Ohio State University; Food, Agricultural, and Biological Engineering Dept.  The initial online access to the “stories” for download has been provided by the Agricultural and Biological Engineering Dept. at Purdue University; the ARS researchers appreciate Purdue University’s cooperation in making the web site available to provide download access to the “stories”.  It is hoped that the “Stories” may provide some ideas and hints to future drainage researchers with pioneering ideas on ways to overcome barriers to research progress, including limited project funding and skepticism by research administrators, in their own revolutionary research and development drainage projects to further improve technology in the future.

All five of us were inducted into the International Drainage Hall of Fame at The Ohio State University.

Story behind the Story on the ARS Big Red Draintube Plow

A two-part Video was recorded for the ARS Research “Stories” listed above using a set of 155 slides selected from those taken throughout the 1960-1974 period when the research was conducted; the Video can be accessed via the slide images below: